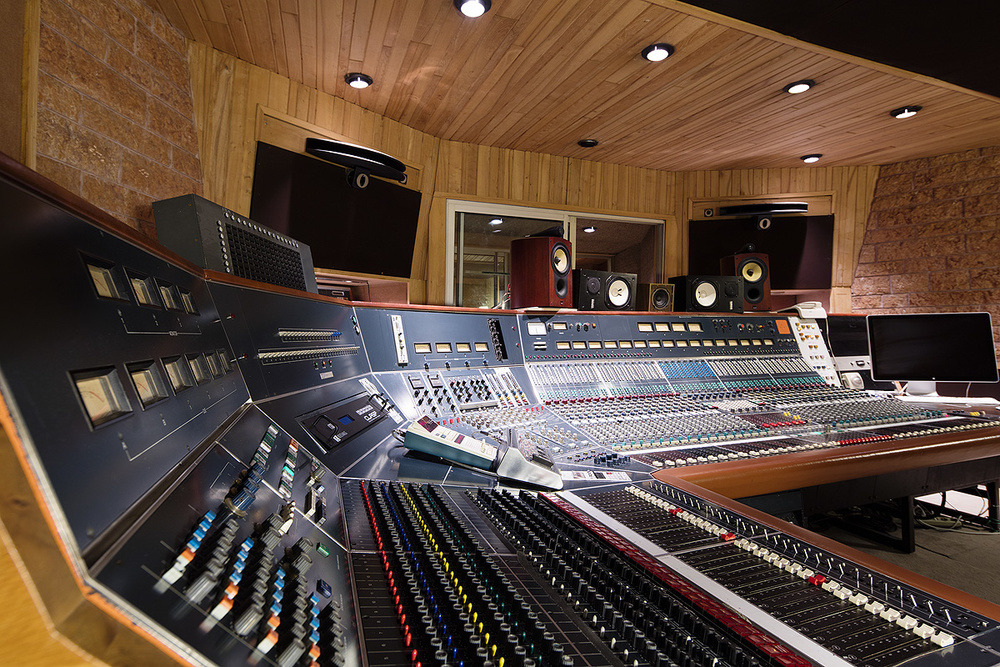 Starting La Frette was somewhat serendipitous for Bloch-Lainé. Unlike most studios, La Frette grew out of the acquisition of a vintage Neve recording console, which Bloch-Lainé jokingly bid on during an auction sale. “In the 1980s, I was a guitar player, I would go to studios to play sessions,” he explains of his frequent work at Berkley Studios, which eventually went out of business. “One day, there was an auction sale. There were crowds of people buying microphones and things, but I wasn’t going to buy anything. So, just to make fun, when the Neve desk was proposed, I raised my hand [and was called as the bidder]. So, I called my wife and said ‘I have just done something terrible.’ At first, I tried to sell it in the place and everyone said it was old and they didn’t want it.”

After putting the desk into storage, Bloch-Lainé continued on his way until “one day, I was traveling in this area and I see ‘house for sale.’ I don’t know why, but I came in and I looked at this house … and I thought ‘wow, this is exactly where that desk can be and I can turn it into the studio.’ My wife said ‘okay, why don’t we sell the apartment and buy the house?’ It was approximately the same price, so I said ‘okay, let’s do it’ and that’s how it started.”

“I built a little studio in the garage and I started to make music for what I could,” continues Bloch-Lainé. “I made music for Yves Saint Laurent, for the contour shows, with a Fairlight – I fell in love with that instrument – which was great because you could do a lot of the sound by yourself. And then I started to do film after film with this Fairlight. And that’s when we started to really build this studio downstairs. For like five or six years, we made almost 600 commercial films. And that would have never happened if I didn’t find this instrument and this place to produce this music.”

And what La Frette has become since then is a legendary studio at the heart hundreds of famous albums, recordings – and even music videos. In addition to the Neve desk, this residential studio has “a lot of instruments, a lot of rooms, a lot of food in the kitchen, a lot of books on the shelves, a lot of overgrown plants in the garden... and a lot of really great visitors,” says Bloch-Lainé. “Downstairs, is the control room, a dry room, a stone room. But the rooms upstairs are totally live, there’s nothing except the furniture.”

Though his initial success began with commercial projects, it wasn’t long before Bloch-Lainé realized that he could also produce music at the studio and invite musicians in to record. “My wife is a fantastic artist and she met with Feist and said to her, ‘why don't you come and do your album here?’ and that that was probably the first real move for what La Frette was going to be,” he explains. “Because what happened was, on the first day, her producer was sick and couldn’t move from his bed and he said ‘could you put the band in the rooms and have them rehearse and I'll be there in a couple of days.’ She was here, in the rooms, singing outside and in the garden … and we recorded that. She was the first the first person to really break the ice [of doing more with the studio].”

Before that, Bloch-Lainé says they were trying to be a regular studio, recording downstairs, sometimes editing upstairs. “Then we realized you can use the whole place,” he says. “The rooms are something very special; it's the whole house which is an instrument. The control room is downstairs, so you don't you don't see the engineer, so you forget that you're in the studio. When people can get together, even if it's for a week or two, it makes all the difference.”

In addition to using every room in the house to produce albums, other artists have turned La Frette into a music video soundstage. “Charlie Winston was doing an album here and said ‘I'd like to make a video in each room of the of the place,” adds Bloch-Lainé. “So, what he did is he played all the instruments with his mouth and then he was filmed in every room with a different attitude. And I realized then that you can really look at this place like a theatre.”

Among the bands to take advantage of La Frette’s unique setup was the Arctic Monkeys. “They [initially] wanted to record [16 tracks] on tape, with virtually with no headphones and everybody playing together,” explains Bloch-Lainé. “That was a very refreshing experience. ​ They didn't want to do any overdub, with everybody together like in the old times. It was risky, especially when you realize that you do one take and, if it's not a good one, you erase it and you do another one. So, we really prepared all the tape recorders to find a sound in those rooms where you have to get the energy like if you're on stage, but you have to play much lower because it's an acoustic take. When they did that, I realized okay it's still possible, even if we are not used to doing it anymore. What was amazing was that the album sounded exactly like what we heard in the rooms."

And, this sound is made possible by Quéré, the studio’s recording engineer and music producer. Quéré began working as an assistant for three years and was promoted to his current role in 2009 after the previous house engineer’s departure. “I was really amazed the first time I came [to the studio,] because of the combination of the gear in the rooms, the artists and the vibe of the place – with all the books and records everywhere. I think that's what I loved about this place.”

Feeding into the console is a wide array of audio gear. “We have mics everywhere and they all come down here (to the console),” he says. “We mainly use the console as mic pres and queues. We also have different preamps, like the V76 and the Langevin from the console upstairs, but most of the time we use the Neve console. It's a really special console, made in 1972 for Eddy Barclay. It's the 1081 preamps and EQ’s and we’ve got 36 of them, which is a big luxury. I think it's the best console I've ever heard. I'm really happy to work with it every day.”

Quéré’s workflow is more in-line with a classic analogue style, with tape recordings. “Getting the best acoustics to the ear is really important. When a band or an artist comes in, if they feel comfortable and are happy with the sound they've gotten – with the headphones or instruments, using the rooms and gear we have here, I think that’s always the first picture of what they [can] do. For me, it’s just as important to have the right sound on the instrument [as it is to have the best recording equipment]. If you want to do something really specific, you can tweak [the mics] on the instruments before going through the recording gear.”

Recognizing the importance of his clients’ musical styles, Quéré’s goal is to always capture the sound that will be on the final record. “I think a good record starts with a good song and a good performance. If we can [capture] that sound in the room even before going to the console, I think it's great. After that, we can do a lot of different combinations of sounds, especially in here with all the rooms. We can have somebody upstairs, somebody downstairs or everybody upstairs and the amps downstairs. Once you've got everybody comfortable, you just choose what you like in terms of microphones or preamps.”

When it comes to gear, Quéré is equally focused on sound. “I really like the Neumann U67. I think it's one of my first choices, every time. It's really warm and present at the same time. I really enjoy it on vocals, on pianos, on almost everything. For Dynamic mics, I use a Sennheiser MD 441 quite a lot on guitar cabinets and sometimes on vocals too. And, I always check my mixes on headphones. I use the HD 598 and HD 600. I think everybody listens to headphones now, so it's good to have a good reference.

For Quéré, making the clients comfortable in the studio and happy with the final product is the number one responsibility of any engineer. “If there is any advice I can give, its to listen a lot to what the artists want, what they are looking for and expecting from you. If you do that right, it's much easier to record them. Their confidence is key [to making a good album]. And, after that, you of course need to know the gear, be fast, work a lot. To be an engineer is a lot like being a musician. You have to practice every day and you need [learn how to do new things.] ​ I'm still learning a lot and I really love that. Every day you discover something new, so practice is really important.”